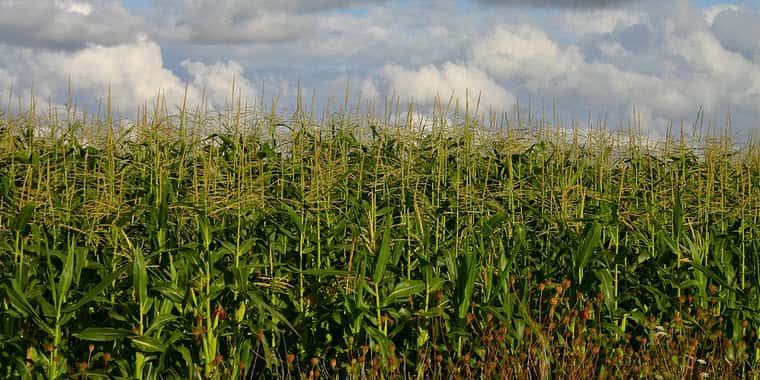 Using cornstalk residues are an economical way to provide relatively high-quality feed to beef cattle during the fall and winter months. Cattle receive nutrients from grain left in the fields as well as the leaves and husks from harvested corn. Later, as those materials are consumed in the course of the grazing period, cattle will finally turn to cobs and stalks.

Corn grain left in the fields will be the foodstuff most preferred by cattle grazing cornstalks. The amount of grain available to cows varies quite a bit depending on the particular conditions present during the growing and harvest season. Windy conditions cause more ears to drop off stalks. It’s also been noted that certain hybrids seem to have more problems with ear drop than others.

Rarely, amounts of leftover grain may be present on harvested fields in enough quantity to cause problems in individual animals. When cattle consume too much corn, an “overload” situation can result. When this happens, too much carbohydrate enters the rumen. The existing rumen microbes process it, with lactic acid being the byproduct. There’s a certain type of rumen bacteria (Streptococcus bovis, for example) that really thrives in acidic environments. These bacteria tend to produce even more lactic acid.

The result of all this lactic acid buildup is a wildly out-of-whack population of rumen microbes that just keeps making matters worse. The rumen becomes flabby and non-motile. Byproducts of all this acid production create an osmotic pressure problem in the rumen, where body fluid travels from the bloodstream into the rumen to try and dilute out the problematic substances. This results in a strange situation in which the cow herself is dehydrated, but she has a rumen full of fluid.

Lactic acid absorbed into the animal’s bloodstream affects multiple organ systems. Signs of severe overload in a cow start out as weakness, staggering, or a total reluctance to move. These cows will develop a very foul-smelling watery diarrhea, often with undigested corn in the stool. In severe cases, the cows will become recumbent and not able to get up. When this happens, treatment is usually futile.

Even though the animal is dehydrated, pumping the rumen with fluid or even allowing water consumption tends to make matters worse, since the rumen is already distended and filled with fluid. Large volumes of intravenous fluids with alkalinizing agents like bicarbonate may be helpful to these animals, but this is not always practical. More mildly affected animals may benefit from being drenched with antacid solutions. Given enough time and support, animals that are less severely affected often will recover, although some will have long-term effects such as laminitis with resulting abnormal hoof growth.

When the possibility of overloads is present, prevention is much better than having to deal with affected animals. Using electric fencing to allow gradual access to a cornfield may be a good idea if a large amount of grain is present in the field. In some cases, it may be possible to adapt animals to a high-grain diet over a period of time.

Corn residues are a great source of winter feed, but in certain situations, cattle producers should be aware of this potential hazard when utilizing cornstalks.