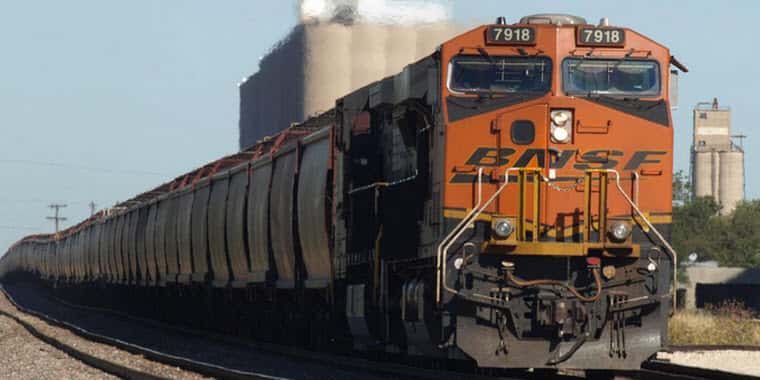 Gov. Doug Burgum announced yesterday that North Dakota will soon be launching intermodal rail service – the culmination of more than two decades of effort to gain access to intermodal transportation to reduce shipping costs for the state’s agricultural producers and other industries.

North Dakota officials have pursued access to intermodal rail for over 20 years. Next week, it will become a reality as Minot will receive an intermodal unit train at a newly operational facility serviced by BNSF railway.

“Given the global demand for North Dakota products, this is a game-changer. Producers and processors across our state will now have access to competitively priced transportation, which will enable us to further grow and diversify our economy,” Burgum said. “We’re deeply grateful for everyone at the local, state and federal levels who worked tirelessly for more than two decades to make this a reality.”

Burgum expressed his gratitude for the many individuals and groups who were instrumental in securing intermodal rail service for North Dakota, including the state’s congressional delegation, private industry, legislators from across the state, the North Dakota Trade Office, the state departments of Commerce, Transportation and Agriculture, City of Minot, and the Minot Area Development Corp.

“Adding intermodal, a process which reduces the number of touch points, will reduce shipping costs for agricultural producers by an average of 15 to 25 percent. This is especially critical given the global economic environment,” said James Leiman, director of economic development and finance at the North Dakota Department of Commerce.

North Dakota Office of the Governor – 2020