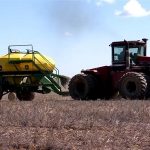 Almost everything has been canceled or postponed this month, but the USDA Prospective Plantings survey is going to come out on time on March 31st. Farmers are heading out to seed with quite a bit of uncertainty. Trade issues are far from settled and the spreading COVID-19 pandemic has only made planting decisions more difficult.

The Prospective Plantings report provides a clearer indication on how acreage allotments for spring crops will shake out. Actual numbers could change significantly, especially with the lost demand for corn for ethanol production.

Thankfully, farmers are starting to see some movement on new trade agreements. China showed up with a big purchase of wheat and corn this week, giving producers hope that they’ll deliver on commitments made in the phase-one trade deal. Also, the new agreement with Japan should allow for more U.S. wheat and barley to be exported, helping farmers to work through large wheat stocks.

Like any big report, analysts are quick to provide their best guesses for what USDA might say. The newest Farm Futures survey projects that farmers will significantly increase the number of corn and soybean acres, while keeping wheat relatively steady.

Farm Futures estimates that soybean plantings will total 82.7 million acres, almost three million less than the USDA estimate of 85 million, which also came out in February.

However, recent strength in wheat prices may incentivize expanded wheat planting this spring, but weather issues may limit how much spring wheat acreages increase. Given that corn futures are sitting at contract lows right now, many Midwest farmers may not be encouraged to increase corn acres. But many of those acres are likely to be switched over to soybeans.

A lot of market factors have changed in 2020. The coronavirus pandemic has increased economic uncertainty, but historically cheap input costs, and the potential for a growing trade relationship with China, does leave some room for optimism for farmers this year.