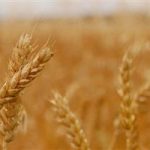 Time flies and early August doesn’t seem that long ago when December Kansas City wheat prices were challenging $6.20 a bushel with help from dry weather concerns in Europe. Europe’s wheat production did suffer this year, 9% lower according to USDA, and production is also estimated 18% lower in Russia and 13% lower in Australia.

Naturally, we would expect some lift in prices after a year like that, and spot K.C. wheat prices are up 20% from where they ended in 2017. More recently in October though, the December contract has held within a narrow, 27-cent range and acts like it’s ready to hibernate for the winter.

On Monday afternoon, USDA said 72% of the winter wheat crop was planted, with 86% seeded in Montana and 87% in South Dakota. Still behind the 5 year average but we are narrowing the gap.

At the moment, there are no immediate concerns pushing wheat prices in either direction, but DTN Senior Ag Meteorologist Bryce Anderson has been reporting dry planting conditions for winter wheat in Europe, Russia and Ukraine. Of course, there is a long winter to get through before we’ll know anything about crops in the spring, but those dry conditions will be worth monitoring.

The bearish concern for U.S. wheat prices is that in spite of this year’s lower ending supplies among the major exporters, U.S. wheat supplies remain high with USDA estimating 956 million bushels (mb) of ending stocks in 2018-19.

That high estimate is based on 1.025 bb of U.S. wheat exports, but the way exports are currently struggling, the U.S. will be lucky to match last year’s dismal export total of 901 mb.

While winter wheat planting makes progress here in the U.S., Canada is gathering its spring wheat and Australia’s harvest will soon begin. The days are getting shorter in the Northern Hemisphere and a three-month measure of price volatility in wheat is slowly declining, right on schedule.

World wheat supplies are lower than a year ago, but plentiful enough in the U.S. to keep prices contained. Once again for wheat prices, a long, sideways trading range seems likely through winter.