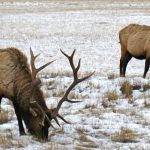 Two elk recently sampled in the Ruby Mountains of Southwestern Montana were found to have been exposed to brucellosis. 100 elk were sampled by Montana Fish Wildlife and Parks for brucellosis exposure as part of an ongoing surveillance to determine the incidence and distribution of the disease in wildlife.

The Ruby Mountains are outside of the current boundary of Montana’s Designated Surveillance Area (DSA). The DSA is an area where cattle and domestic bison are subject to brucellosis testing and identification requirements due to the risk of exposure to brucellosis infected wildlife.

Brucellosis is a bacterial disease that infects cattle, bison and elk and can result in abortion or the birth of weak calves. The disease is primarily transmitted through contact with infected birth tissues and fluids.

“The discovery of brucellosis-exposed elk in the Ruby Mountains emphasizes the importance of elk surveillance near the boundary of the DSA,” said Montana State Veterinarian Martin Zaluski. “We appreciate the continued partnership with FWP which helps us identify where livestock are potentially at risk.”

The meeting will be held at the Madison County Fairgrounds Pavilion on March 18th at 1:00 p.m. The DOL intends to discuss the brucellosis elk surveillance results and their implications, answer questions, and gather input from local livestock producers, veterinarians and other interested parties. 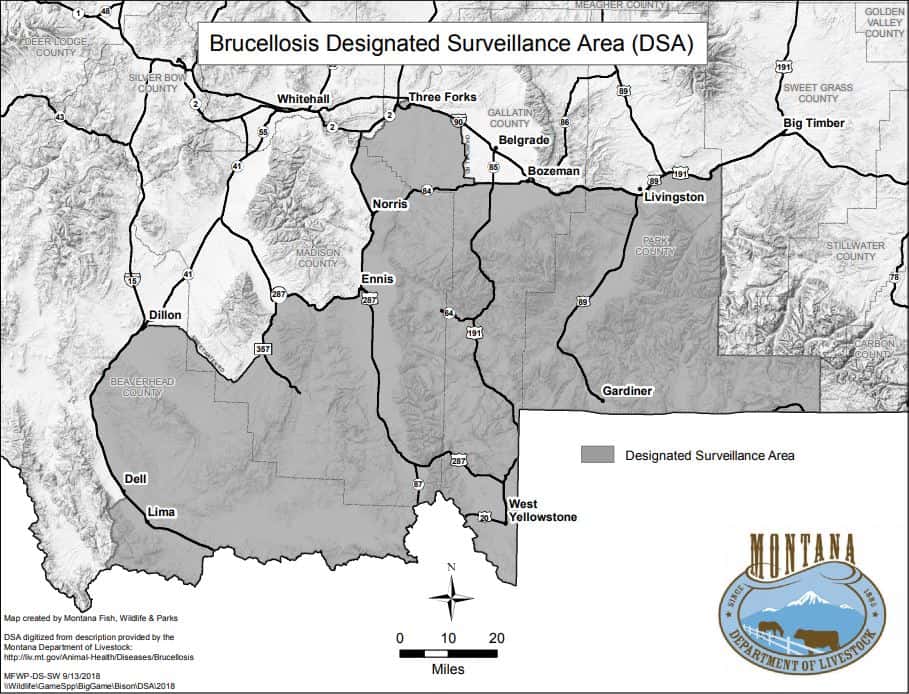