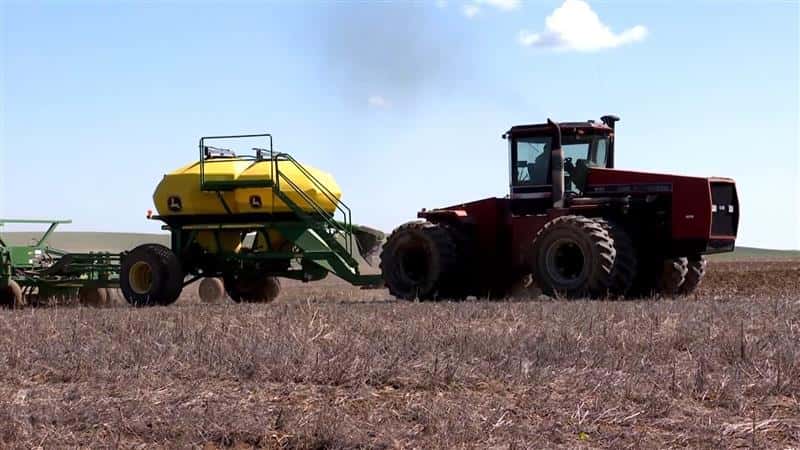 On Earth Day, the National Association of Wheat Growers (NAWG) launched their new Special Climate and Sustainability Committee. The committee will work together to review wheat sustainability issues and guide the development of NAWG policy priorities on climate policy.

The committee will report to the NAWG board and will provide recommendations on policy options and NAWG’s engagement in climate discussions. The committee is made up of current and past NAWG board members, representing a broad variety of production areas:

Co-chair Derek Jackson said the discussion on climate change policy has been in the works for nearly 18 months and NAWG had two choices to have a positive effect on the policy.

“We had to decide then if we wanted to either block it or have a seat at the table,” said Jackson, adding, “I think it’s become oblivious that there is a lot of inertia in this movement, even before the Biden administration took over and so we decided as an organization that we wanted to have a seat at the table to be involved in the discussions and to try and affect some of these legislative plans to positively affect wheat growers across the nation.”

One-way NAWG would like to see that positive affect on wheat growers is through programs that focuses incentivized funds directly to farmers.

“There’s all kinds of agribusinesses and Agri corporations that are lining up, trying to develop programs to do measuring of carbon and verification. And of course, they are positioning themselves to be the middle man for that with a hefty fee,” said Jackson. However, one of NAWG’s priorities is to ensure “wheat farmers capture as much of the carbon credit financial incentives as possible.”

With the new NAWG board being represented by many growing regions, special “carbon capture techniques” are certainly being practiced prior to policy developments. Vince Mattson of Chester, MT says cover crops is a major focus although he wants to make sure tried and true Montana practices are not overlooked as a potential solution.

“I think Montana as dry as it is and as short of a growing that we have, I think people need to look at our crop rotation that a lot of people are doing in the state as an equal alternative,” said Mattson. He added that “achieves the same goal from a soil health prerogative and you’re increasing your organic matter by doing which is all essentially the same idea that a cover crop is intended for.”

Both Mattson and Jackson know there are a lot of unanswered questions to this policy and both suggest wheat farmers contact their local grower association to help develop policy that will benefit producers.