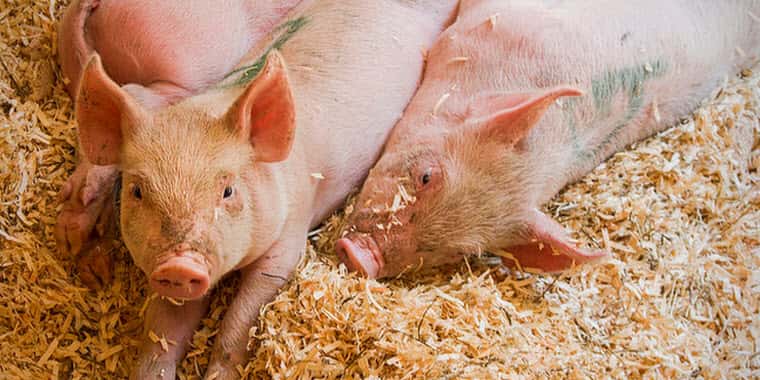 National Pork Board Reports Solid Consumer Demand for Pork in 2014

DES MOINES, IOWA – March 6, 2015 – Five years after setting an aggressive goal of 10 percent growth in real per capita consumer expenditures for pork, the National Pork Board announced it met that goal with total consumer expenditures growing 15.7 percent since 2009. Pork expenditures – the product of total pork volume available in the U.S. multiplied by the average U.S. Department of Agriculture retail pork price – grew by 7.6 percent in 2014 from just the previous year.

“2014 was a fantastic year of growth for the pork industry. Overall, there was less pork to sell due to the impact of Porcine Epidemic Diarrhea (PED), a production virus. So growth in the second half of the year came largely from higher pork prices,” said Dale Norton, a Bronson, Mich., pig farmer and president of the National Pork Board. “Pork expenditures directly correlate to consumer demand. Despite record high prices, demand grew and was even higher than expected.”

The inventory of both breeding herds and the stock of pigs bound for market increased. As of year-end 2014, total U.S. pig inventory increased 2 percent to 66.1 million head over 2013, marking a solid rebound.

“So far, this winter has been relatively mild for PEDV cases and pig inventory is strong,” Norton said. “But barring any recurrence of the virus, we should see more pork enter the market in the second half of 2015.”

Norton added, that this may require adjusting the Pork Checkoff's marketing plan to balance any potential increase in product hitting the consumer market. An influx supply of pork could lower consumer prices at the meat counter, but likewise may lower producer revenue.

“The last two years have been outstanding for pork demand,” said Steve Meyer, president of Paragon Economics and a Pork Checkoff consultant. “We haven't moved demand upward by this magnitude since the 1990s.” Meyer attributed the growth to the National Pork Board's focus to capitalize on food trends such as the rise of foodies and a growing passion for protein.

Pork Be inspired® resonates with consumers
In 2014, the National Pork Board centered its consumer messaging on pork's inspiration as a menu item and for creative home meals. Marketing of pork directly reached consumers, as well as engaged foodservice and retail decision-makers.

•  Multicultural Marketing – According to the U.S. Census, approximately 92 percent of population growth in the United States from 2000 to 2010 can be attributed to multicultural audiences who have a combined purchasing power estimated at $3 trillion. The National Pork Board added multicultural outreach to its marketing plans in 2013. Advertising and public relations efforts aimed at diverse audiences were expanded in 2014 and a comprehensive communications plan was developed to guide the Pork Checkoff into the future.

“The pork expenditure results offer solid insight into what we view as a consistently growing consumer demand for pork,” said Ceci Snyder, vice president of domestic marketing for the Pork Checkoff. “Despite record-high pork prices, demand for pork has increased. As we head into a year of higher supplies, we need to constantly remind consumers of pork's unique combination of flavor and versatility.”

A new television advertising campaign will debut in May and will build on new market research. The Pork Checkoff will measure consumer response to the new ads through tracking studies in the months ahead.

The National Pork Board has responsibility for Checkoff-funded research, promotion and consumer information projects and for communicating with pork producers and the public. Through a legislative national Pork Checkoff, pork producers invest $0.40 for each $100 value of hogs sold. Importers of pork products contribute a like amount, based on a formula. The Pork Checkoff funds national and state programs in advertising, consumer information, retail and foodservice marketing, export market promotion, production improvement, science and technology, swine health, pork safety and sustainability and environmental management.

For information on Checkoff-funded programs, pork producers can call the Pork Checkoff Service Center at (800) 456-7675 or check the Internet at www.pork.org.