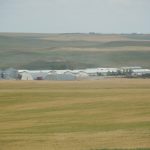 MISSOULA – Located in rural communities, Montana’s Hutterite businesses are highly self-sufficient and little known to other Montanans, yet they play a significant role in the state’s economy, supporting production, employment and income that extends beyond their own communities, according to a recent study conducted by researchers at the University of Montana and Montana State University.

“The first-of-its-kind study documents and quantifies the linkages between Hutterite businesses and the rest of the state economy,” according to Patrick Barkey, director of UM’s Bureau of Business and Economic Research (BBER).

The study found that the presence of the Hutterite Communities in Montana produces more than 2,100 stable year-round jobs and contributes over $365 million in annual spending for the state. More than 80% of the value of Hutterite production is derived from grain, hogs and eggs, with grain making up the largest portion of that value at 39%, with 29% provided by hogs and 13% by eggs, Barkey said. Additionally, the Hutterite Communities generate significant cash receipts from dairy (9 percent) and cattle (8 percent).

BBER conducted the study in partnership with the Montana State University Department of Agricultural Economics and Economics, the MSU College of Agriculture and MSU Extension. It was commissioned by Church, Harris, Johnson and Williams, P.C., with data from the participating Communities compiled by Anderson ZurMuehlen. The study focused on the Lehrerleut Branch of the Hutterite Communities, with the Communities represented in the study owning and operating multiple farming operations.

“The substantial linkages that exist between the Hutterite Communities’ agricultural and other operations and the rest of the state economy ultimately support jobs and income in non-Hutterite and non-agricultural sectors of the economy, resulting in a larger economic pie for all Montanans to share,” Barkey said.

While a large portion of these economic contributions are associated with the Communities themselves, non-Community businesses, workers and households reap considerable economic gains as well, he said.

The supply of high-quality data allowed researchers to assess the Hutterite Communities’ contribution to agricultural production in Montana, according to George Haynes, a professor of agricultural economics and extension specialist at MSU. Based on that data, MSU Extension economics specialist Joel Schumacher’s analysis found that Hutterite communities produce 90 percent of hogs, 95 percent of eggs, 34 percent of dairy, 16 percent of poultry and 5 percent of grain produced in Montana.

“The study highlights the importance of the Hutterite Communities in diversifying Montana’s agricultural production,” Haynes said. “They implement cutting-edge technologies to help promote efficiency and reduce labor requirements in their operations, allowing them to venture into under-developed markets in the state.”

Residing primarily in the north-central part of the state, with a scattering of operations in the south-central region, Hutterites have had an important presence in Montana for more than 100 years. With 53 communities and more than 5,000 members in the state, they are second in number only to South Dakota among U.S. states, Barkey said. 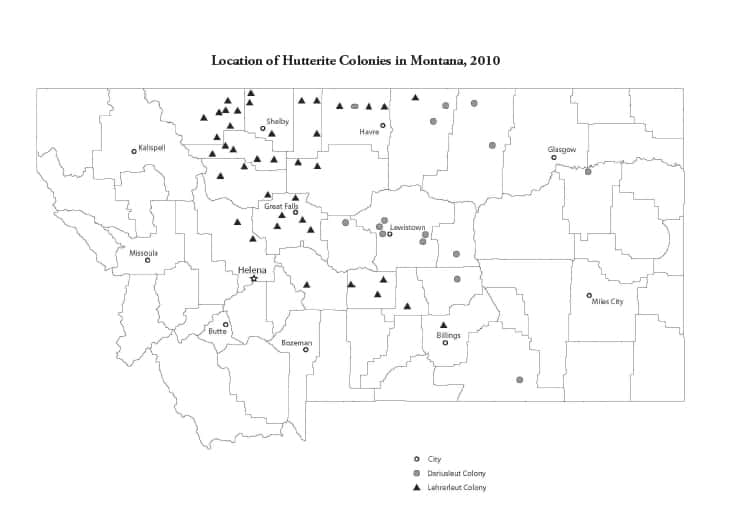 Montana’s Hutterite Communities have a somewhat younger population than the rest of the state. Each Community operates as a religious corporation where the members live a communal lifestyle forgoing ownership of personal assets. Other notable aspects of Hutterite Communities include a high degree of self-sufficiency, and, in some cases, a diversification into other enterprises. 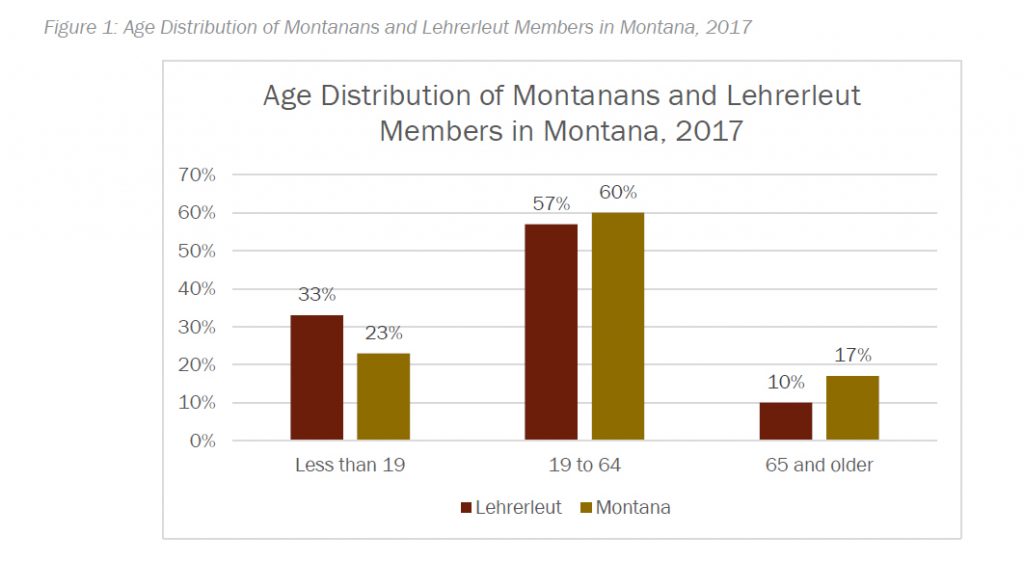 “We saw the need to obtain an objective understanding and quantification of the Hutterite Communities’ economic contributions to their communities and the state,” said Ron Nelson of Church, Harris, Johnson and Williams, P.C.

To view the full study findings, visit the Bureau of Business and Economic Research website at http://www.bber.umt.edu/pubs/econ/hutteriteEconContributions2019.pdf .

Tags: BBER, Hutterite Colony, montana
Previous Story
How Hay Prices Compare to Last Year
Next Story
How Much Hay Will a Cow Consume?