Written by Jim Baker, President of the Montana Cattlemen’s Association

The Montana Cattlemen’s Association is very disappointed that the Montana Legislature refused to enact a Montana Country of Origin Labeling law (Mt-COOL). Although the bill did receive limited bipartisan support, it was primarily the majority party that refused to vote for this common sense proposition overwhelmingly supported by Montana’s consumers and livestock producers.

The proposed law was based on the Mt-COOL law which was enacted by the 2005 Legislature.  This 2005 law had a sunset clause for when a national COOL was enacted, which happened in 2008. Congress inexplicably rescinded the COOL requirement for just beef and pork in 2015. Immediately following the elimination of national COOL, cattle prices collapsed resulting in a loss by Montana’s beef producers of a billion dollars per year.

Inexplicably, opposition to Mt-COOL was led by the Montana Stockgrowers Association and the Montana Farm Bureau. Instead of supporting this simple and common-sense proposal, these organizations promoted in its place a totally meaningless resolution calling for Congress to enact voluntary COOL for beef.

Voluntary COOL already exists as this is, de-facto, the law of the land. If beef packers wanted to, they could voluntarily provide consumers with a COOL label.  Since packers do not see it in their interests to promote US born, raised and processed beef, there will continue to be no labels to guide consumers in their retail beef choices. Imported beef, will continue to carry labels fraudulently proclaiming “Product of the USA,” and disastrously low cattle prices will continue to be received by Montana’s cattlemen.

However, on a positive note, MCA’s other legislative priority to prevent cell-cultured edible products from being marketed as beef, meat or hamburger passed both chambers with overwhelming support. This bill, (HB 327) sponsored by Alan Redfield (R – HD59) is now awaiting a signature by Governor Bullock. He is expected to approve this bill.

Preventing non-animal derived products from being marketed as meat is an important issue and livestock producers need to continue to work together to have this addressed on the national level.  MCA has also not given up on reinstating COOL for beef and pork. MCA will cooperate with other like-minded organizations to pass a national COOL law. 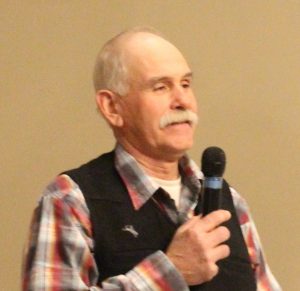