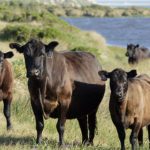 The activist-funded Organization for Competitive Markets (OCM) has again resorted to half-truths and smear tactics to pit beef producers against one another. It’s clear that their allies at the Humane Society of the United States (HSUS) have taught the staff some new tricks to help tear the beef industry apart from the inside. It should come as no surprise that they’ve chosen a time when the industry is struggling with market-related challenges and producer unrest to fire their latest shot.

OCM/HSUS would like you to think our industry is weak, when in fact, beef demand is strong and has been climbing for many years both in the United States and overseas. Much of that strength is a result of programs funded by the Beef Checkoff. The folks at HSUS know and understand this, and because they oppose the consumption of animals, they have partnered with OCM to organize and fund this ongoing smear campaign.

Discrediting the Beef Checkoff and the work being done by contracting organizations allows OCM, HSUS and their bedfellows at R-CALF to build their own membership ranks. These organizations also depend on members, and they’re loudest when conditions are at their worst. By accepting the help of activists (OCM has widely acknowledged their close ties with HSUS and it’s well known that R-CALF is working closely with attorneys at Public Justice, a group that works closely with PETA and organizations such as the Animal Legal Defense Fund to attack and divide the beef industry) these groups are able to capitalize on the unrest in our industry and divide beef producers. Ultimately, twin campaigns by OCM/HSUS and R-CALF will tear the industry apart and cause irreparable harm unless producers speak up.

That’s the point of my response. I’ve had enough and it’s time to set the record straight. Let’s begin with the OCM/HSUS claims about funding for NCBA’s Beef Checkoff authorization requests. About the only information that’s correct is the dollar figure. NCBA was awarded $27.3 million in contracts for work related to promotion, research, consumer information and industry information. NCBA was one of eight contractors who received funding for proposals brought forward for consideration.

The groups which had proposals funded include:

It’s important to note that United States Cattlemen’s Association is a new contractor to the process and is an outstanding example of the fact that many industry organizations can bring forward proposals and receive funding for work that falls within the scope of the Beef Promotion and Research Act of 1985. NCBA’s critics would like you to believe that the association has the ability, or even the desire, to control the Beef Checkoff and its funding mechanism.

Contrary to the headline of the OCM/HSUS release, NCBA did not “grant” itself any funding. NCBA submitted authorization requests into the same competitive process to which each of the eight contractors were subjected. Submitted authorization requests were evaluated, scored and then reviewed by the Beef Promotion Operating Committee (BPOC). The 20 members of the BPOC then made funding decisions based on the merits of those proposals. It should be noted that there are 14 votes required to pass a budget, so even though 10 members of the BPOC are cattlemen and cattlewomen appointed by the Federation of State Beef Councils, NCBA does not, and cannot, control the process or the funding decisions made by the BPOC.

OCM/HSUS has gone out of its way to smear the Federation of State Beef Councils. The men and women who make up the Federation are volunteer cattle producers. They offer up their time freely because they believe it’s important to represent the industry, to build beef demand and combat lies about the products we produce. The more than 700 cattlemen and cattlewomen who serve on state beef council boards are working on your behalf. These volunteers are your voice and they help determine how investments in the checkoff are directed. These volunteers deserve a nod of thanks for their service and time spent away from their operations. They don’t deserve to be attacked by activists disguised as cattle producers.

Now that we’ve discussed the funding process, and how it actually works, rather than the OCM/HSUS version, let’s turn to some of the other smears, lies and half-truths contained in the piece.

NCBA is a membership organization. Yes, we lobby every day on the issues our members identify as priorities, to ensure their voices are heard in Washington, D.C., and we’re damn good at it. No, we won’t apologize for doing the job our members pay us to do. But on this point, let me be crystal clear: WE DO NOT USE CHECKOFF FUNDS FOR ANY POLICY OR LOBBYING WORK. First, using checkoff funds for lobbying and policy work is illegal. Secondly, our members believe in the work we’re doing on their behalf and they willingly fund that work with their membership dues. We’ve had some big wins to benefit our members this year and we’re proud of that work. We had two victories in September alone, including the announcement of a trade agreement with Japan that lowers tariffs on U.S. beef and a rollback of Waters of the United States (WOTUS) regulations that would have cost producers dearly. Our members feel that kind of work is worth the investment.

Ultimately, this division in the industry will drive beef producers to a breaking point, serving no one but our adversaries. It’s discouraging that the animal rights activists have partnered with a small band of vocal producers to give them a foothold in the industry. If we stand silently and allow the attacks and smears to continue, the only winners will be the activists who pit cattlemen and cattlewomen against each other in the first place.