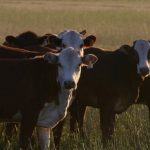 Opinion Editorial by the Organization for Competitive Markets

Last week the Beef Checkoff Program budget for 2020 was released, outlining how cattle producers’ $40,900,000 in research and promotion funds will be spent in the coming year. The Cattlemen’s Beef Board (CBB) Beef Promotion Operating Committee (BPOC) named eight organizations as contractors that will be granted the beef checkoff funds. Once again, the National Cattlemen’s Beef Association (NCBA) won the top award, of $27,383,347 beef checkoff dollars.

More than half of NCBA’s annual budget is made up of checkoff dollars, and the trade and lobbying group uses those funds to build their influence to push pro-packer policies. NCBA has used its ill-gotten influence to end mandatory Country of Origin Labeling (COOL) and to hinder Packers and Stockyards Act rules that would stop predatory market practices against cattle producers. NCBA does this while claiming to be the voice of U.S. cattle producers, while only 4% of U.S. cattle producers are actually NCBA members. Since the NCBA has been administering the lion’s share of the beef checkoff funds, the U.S. has lost nearly half of its cattle producers, beef consumption has declined by 30%, and the four largest meatpacking corporations control 82% of the market.

How does NCBA come out every year as the number one contractor receiving the bulk of the annual budget? They maintain this top spot through a rigged system where one of their own divisions selects half of the members of the BPOC, which then chooses the beef checkoff contractors.

Here is how the beef checkoff contracting process works:

The federal Beef Promotion and Research Act, established in 1985, requires a “federation” be formed with membership consisting of representatives from the USDA-designated Qualified State Beef Councils (QSBC). QSBCs are the state-based organizations that are authorized by USDA to collect the mandatory $1.00 per head beef checkoff assessments from the cattle producers. The purpose of this federation of QSBCs is to give cattle producers from across the country a voice in how their mandatory checkoff dollars are being administered and spent at the national level.

The Beef Promotion and Research Act grants the “federation” the authority to pick 10 members of the BPOC, while the CBB picks the other 10. The 20-member BPOC has the sole authority to choose which organizations receive beef checkoff funding. By having the power to select half of the members of the committee, the “federation” is a critical and powerful organization within the beef checkoff contracting process. Following the passage of the Beef Promotion and Research Act, USDA named the Beef Industry Council as the “federation” and everything worked as planned.

Here’s where it went wrong: In 1996, in order to seize control of the beef checkoff funds, NCBA acquired the Beef Industry Council. NCBA then organized the “federation” as a division within its own organizational structure and not as a separate entity organized to be the voice of all U.S. cattle producers.

What does that mean? NCBA’s Federation Division is operating with the authority to select 50% of the members of the BPOC. Since only BPOC-selected contractors can be considered to receive funding, this means NCBA controls who receives beef checkoff contracts and funds. And guess what? NCBA chooses NCBA every time to get the lion’s share of the beef checkoff funds. What a surprise.

What adds fuel to the fire of this scandal is the fact that NCBA has set up a pay-to-play scheme for federation membership. The Beef Promotion and Research Act states the federation is to be made up of the SQBCs. NCBA’s “federation” is made up of SQBCs, but NCBA requires a SQBC to pay for each board seat on the federation, and they can buy as many seats as they want. It is a pure pay-to-play scheme: the more you want to play the more you pay. Who is the biggest buyer of these seats? NCBA state affiliates like the Kansas Livestock Association (KLA), who in 2018 bought nine seats. In 2016, KLA paid over $2,000,000 for its nine seats. So much for giving cattle producers from across the country a say in how their checkoff dollars are being administered and spent at the national level.

Where do the NCBA affiliates get their money to buy the seats? Well of course, from another scam. They keep fifty cents of every beef checkoff dollar they collect from the sale of cattle in their state, even though the law doesn’t allow for it. This scheme guarantees NCBA control of the CBB beef checkoff contracting process while funneling an additional $10,000,000 a year of beef checkoff funds into NCBA’s coffers.

But it is time to stop the charade. Farm organizations, journalists and cattle producers need to stop referring to “The Federation of State Beef Councils” as if it is some independent group of cattle producers, as this article does. The federation is a division of NCBA. NCBA says so on their website. So call it for what it is: NCBA’s Federation.

Here is what we should say: “Once again, NCBA is the big winner because the whole system is rigged from the state level all the way to the top. The fact is, NCBA’s Federation Division chose NCBA as the 2020 primary contractor for beef checkoff funding. Under the law, the CBB does not have the authority to pick any organization that the NCBA Federation doesn’t recommend. It is all rigged.”

It is time to clean this mess up and restore the U.S. cattle producers’ voice within the beef checkoff program by stripping NCBA of the federation. The NCBA’s gravy train should be derailed.