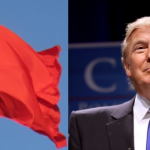 The U.S. Department of Agriculture (USDA) and the Office of the U.S. Trade Representative (USTR) today announced continued progress in the implementation of the agriculture-related provisions of the U.S.-China Phase One Economic and Trade Agreement. The Agreement entered into force on February 14, 2020, and the recent actions described below build upon the actions announced by USDA and USTR on February 25 and March 10.

Some of those recent actions include both countries signing a regionalization agreement that, in the event of a detection of highly pathogenic avian influenza or virulent Newcastle disease in a particular region of the United States, China will allow U.S. poultry exports from unaffected regions of the country to continue. China also notified the United States of proposed maximum residue levels for three hormones commonly used in U.S. beef production. This recognition by China of safe and science-based U.S. production methods particularly benefits trade with China in beef, a fast-growing market that imported $8.4 billion worth of beef products in 2019.

Some other recent actions between the two countries include U.S. beef producers, for the first time since 2003, will have access for nearly all beef products into China. U.S. pork producers will also be able to significantly expand the types of pork products shipped to China.  As per the Agreement, China expanded its internal list of U.S. beef and pork products eligible to enter its ports, including processed meat products. On the beef and beef products list, China removed all references to age restrictions, in line with its February 24 announcement that conditionally lifted restrictions on beef and beef products from cattle aged 30 months and older.

USDA estimates that American cattlemen could export up to $1 billion per year under this improved trading environment. China also published an updated list of 938 U.S. beef and pork establishments eligible to export to China. The USDA Food Safety and Inspection Service export library has been updated to reflect these changes.

In addition, China’s market-based tariff exclusion process is in effect, and many importers report that they are receiving tariff relief for purchases of U.S. food and agricultural products.  USDA continues to publish guidance for U.S. exporters seeking to participate in this process.