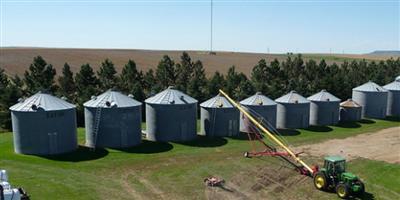 Iowa Sen. Chuck Grassley said Tuesday he will hold a hearing next month to discuss a wave of consolidation among seed and chemical producers, including the merger of Dow and DuPont.

The chairman of the Senate Judiciary Committee said he is calling the hearing because some producers have expressed a “great deal of concern” about the mergers. It is still being determined who will testify in late September. Consumers, companies affected by the mergers and antitrust experts are among those expected to appear.

“Because of the importance of the seed and chemical industries to agriculture and the nation's economy, the Senate Judiciary Committee is planning to hold a hearing in late September,” Grassley told reporters. “The hearing will focus on the transactions currently being reviewed by antitrust regulations and the current trend in consolidation in the seed and chemical industries.”

Monsanto, the world's largest seed company, is being courted by Bayer AG. In addition, ChemChina and Syngenta – along with DuPont, parent of DuPont Pioneer, in Johnston, and Dow Chemical – are in the midst of their own deals. The $130 billion Dow-DuPont deal is expected to close this year, with the companies saying the merger could eventually bring more jobs to Iowa.

If these mergers were completed, the seed and chemical sector would be left with just four major players – including one owned by the Chinese government – which Grassley and others fear could not only lead to higher prices for farmers but stifle innovation.

The deals come as the agricultural economy remains mired in a prolonged slump that has squeezed farm income and left farmers with less money to buy seed, chemicals and other equipment. With shrinking profits and pressure to churn out new products faster, there is more incentive for businesses to combine to tap into a deeper pool of resources.

David Miller, director of research at the Iowa Farm Bureau Federation, said he is supportive of a hearing, given the “unprecedented nature of multiple companies engaged concurrently in potential merger activity.”