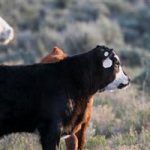 The frustration in cattle country is coming to a head with the COVID-19 pandemic. Volatility has been the name of the game for cattle markets for most of this year, but the situation has escalated in the last two weeks.

Cattle futures have dropped more than 30 dollars since the  outbreak really started to impact markets back in late January. Meanwhile, wholesale beef prices have escalated at a record pace.

In just the last two weeks, April live cattle futures have dropped $15 and April feeders have fallen nearly $22. The cash fed cattle have fallen considerably, but at a slightly slower pace than the futures. From the start of the year to now, live sales have dropped about $15 dollars and dressed deals down about $25.

This week alone, the choice boxed beef cutout has gained more than $40. Monday actually saw the biggest single day gain in history in boxed beef, more than doubling the previous record set just 7 months ago during the fallout of the Tyson packing plant fire in Holcomb, KS.

Many livestock groups are calling upon the senators and congressmen to take steps to address the ongoing cattle market crisis.

Senator Mike Rounds (R-S.D.) is leading a three-pronged approach to tackling these challenges. “In recent years, cattle producers have suffered from an undervalued product and low market prices—despite a consistent and growing demand for U.S. beef,” said Rounds. “This has only intensified in recent months following a fire at a meatpacking facility, and now, the spread of COVID-19. We’re at the point where many South Dakota ranching families are on the brink of going under. This is unacceptable. However, there are steps we can take to reverse this trend, if we act now.

“Today, I’ve taken a number of steps that I believe would provide much-needed assistance for our cattle producers. This includes providing immediate relief for cattle producers who are being unfairly harmed due to COVID-19 market disruption, supporting efforts to reinstate Mandatory Country of Origin Labeling (MCOOL), and urging a federal investigation into multiple allegations of anti-trust violations by meatpackers.

“Our producers are on the frontlines of our food supply chain. We cannot allow unjustified, unfair and unwise practices to put them at a disadvantage –or worse – force them out of business altogether.”

Investigation of the Packing Segment

Senator Rounds was joined by republican senators Steve Daines (MT), John Hoeven (ND) and Kevin Cramer (ND) in sending a letter to the Department of Justice urging them to investigate continued allegations of price fixing within the cattle market and to examine the current structure of the beef packing industry for compliance with U.S. Antitrust law.

Just last summer, the most recent allegations of violations resulted in the Department of Agriculture investigating the packers.  That investigation is still under review. Additionally, the senators are asking the Department of Justice to answer whether a packer oligopoly exists within the cattle market and inherently creates an anti-competitive market place that unfairly disadvantages the cattle producer and consumer.

Senator Daines commented that, “At a time when cattle producers are seeing record losses and bankruptcies, now exacerbated by the COVID-19, compared to the shelf price of meat at record highs – these margins fail to make sense. We ask that the Department of Justice Antitrust Division evaluate these dual concerns thoroughly and expeditiously in order to protect the integrity of America’s failing beef industry.” “We need these answers quickly and decisively to protect the integrity of the industry, and every stakeholder, including consumers who are footing the bill. Text of the letter can be found HERE.

Senator Rounds also wrote a letter to President Trump, offering his support for South Dakota Concurrent Resolution 601, which “urgently requests the President of the United States and the United States Trade Representative to negotiate and execute agreements, with Canada and Mexico, which will remove trade barriers to MCOOL.”

MCOOL requires labeling to include where the product is sourced. MCOOL was repealed in 2015. Since then, American producers of beef and pork have been at a disadvantage when marketing their products. Additionally, consumers are unable to differentiate between domestic and foreign products when choosing which meat to purchase at the store. Without reinstating MCOOL, and because of existing loopholes within USDA regulations, foreign beef can currently be labeled as a product of the U.S.A. Text of the letter can be found HERE.

Lastly, this week Round submitted legislation to Senate leadership to include in a COVID-19 response bill that would direct the Secretary of Agriculture to use Commodity Credit Corporation (CCC) funds to offset losses cattle producers take in the live and feeder cattle markets.

The legislation would use USDA Economic Research Service projections for 2020 as a baseline for market losses. Producers would report to their local Farm Service Agency (FSA) office the month or months in which they sold their cattle and the amount they sold. USDA would then use the reported average sales prices compared to the indexed feeder or live cattle average to determine the COVID-19 market disruption.

For example, USDA projected that in 2020 feeder cattle would sell at an average of $150 per hundred weight. If a producer sold cattle in April, USDA would calculate the average sales price for that month and pay the producer the difference based on the amount/weight of cattle sold.

Therefore, if the average sale for the month of April was $130 per hundred weight, each producer (regardless of their individual sale price) would qualify for a $20 per hundred weight market correction—for 2020 only (all months).

The same goes for live cattle sales, meaning it would apply to cattle being sold for slaughter as well as cattle being sold to a feedlot. Conversely, if the market rebounds and the average sale for the month or months reaches the USDA 2020 projected price, then no payment is necessary. Rounds intends to introduce this as standalone legislation on Friday, March 20, 2020.

Rounds also previously joined South Dakota Senator John Thune in introducing the U.S. Beef Integrity Act, which would outlaw foreign beef from being labeled as a “Product of the U.S.A.” and make certain that label only goes on beef and beef products exclusively derived from animals born, raised and slaughtered here in the United States.

Currently, the USDA’s Food Safety and Inspection Service (FSIS) does not require that beef be born, raised and slaughtered in the U.S. in order to carry a “Product of the U.S.A.” label. This loophole allows beef from livestock born and raised in foreign countries to be labeled “Product of the U.S.A.” as long as the beef undergoes additional processing at a processing plant in the U.S.