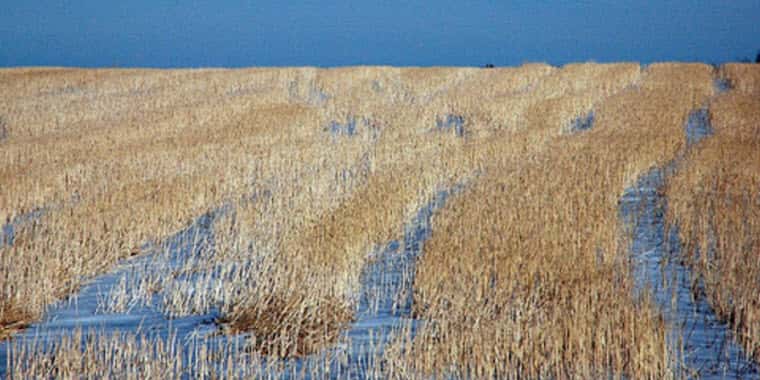 Washington — U.S. Senators John Thune (R-S.D.), a longtime member of the Senate Agriculture Committee, and Debbie Stabenow (D-Mich.), ranking member of the Senate Agriculture Committee, introduced the Cover Crop Flexibility Act of 2020 (S. 3479), legislation to permanently remove the prohibition on harvesting or grazing cover crops on prevented plant acres prior to November 1. This legislation was inspired by Thune’s 2019 effort that led the U.S. Department of Agriculture (USDA) to make a one-time administrative change that allowed for penalty-free haying and grazing, which significantly benefited states like South Dakota and Michigan. S. 3479 would provide a permanent solution to this issue and create greater certainty for U.S. producers.

“Last year, given the harsh growing conditions, which led to nearly 4 million prevented plant acres in South Dakota, I met with leaders at USDA to strongly encourage them to move up the administratively mandated harvesting and grazing date,” said Thune. “While this short-term fix was necessary and welcome relief to many South Dakota producers, it was only that – a short-term fix. This common-sense legislation would permanently remove the date restriction, which would help level the playing field and give our producers the certainty they need as they prepare for another potentially difficult year.”

“Planting cover crops is one of the best ways farmers can improve their land and address the climate crisis,” said Stabenow. “When bad weather causes farmers to miss planting season like we saw in Michigan last spring, it makes sense to help them get the best use out of their land. Improving crop insurance to encourage cover cropping will lead to less erosion and healthier soil that pulls carbon out of the air and stores it in the ground.”

The Cover Crop Flexibility Act of 2020 would: