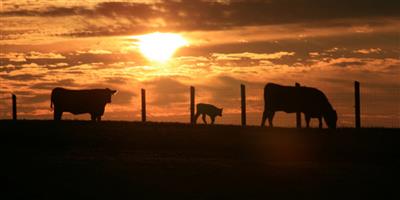 U.S. and China Closing in on Trade Deal

With a Dec. 15 deadline looming, President Donald Trump on Thursday reportedly agreed to delay a new round of 15% tariffs on $160 billion in Chinese consumer exports to the U.S. The president tweeted optimistically Thursday morning that a major trade deal could be reached, saying “Getting VERY close to a BIG DEAL with China. They want it, and so do we!”

By mid-to-late afternoon Thursday, multiple news media were reporting the president had agreed to terms on a limited phase one deal.

Chinese officials in recent weeks have repeatedly called on the U.S. to remove existing tariffs ranging from 10% to 25% on as much as $360 billion in Chinese exports as the two sides move toward a limited deal that would include boosting U.S. agricultural exports. Chinese officials just last week agreed to temporarily allow private companies to import U.S. pork and soybeans without retaliatory tariffs placed on them.

The deal does include a promise from China to buy more agricultural products. Officials also talked about possible reductions in existing duties on a number of Chinese products. The terms have been agreed on, but the legal text hasn’t been finalized yet.

In addition to a significant increase in Chinese agricultural purchases, officials also say the phase-one pact would include commitments from China to do more to stop intellectual property theft, something the administration has been pushing for. The phase one deal also includes commitments from both countries to no longer manipulate their currencies. Negotiators had been working on the phase one deal for months after the president announced the countries had reached an agreement.

Optimism for Cattle Prices in 2020