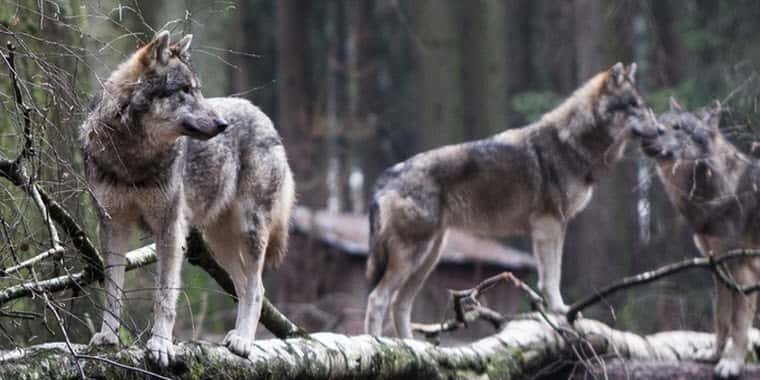 The Service finds that the petitions present substantial, credible information indicating that a listing action may be warranted and will initiate a comprehensive status review of the gray wolf in the western U.S.

The U.S. Fish and Wildlife Service (Service) has completed the initial review of two petitions filed to list gray wolves in the western U.S. as threatened or endangered under the Endangered Species Act (ESA). The Service finds that the petitions present substantial, credible information indicating that a listing action may be warranted and will initiate a comprehensive status review of the gray wolf in the western U.S.

On June 1, 2021, the Service received a petition to list the gray wolf Northern Rocky Mountain Distinct Population Segment (DPS) or a new western U.S. DPS as a threatened or endangered species under the ESA. The Service received a second, similar petition on July 29, 2021. The Federal Register notice will serve as the 90-day finding for both petitions.

Under the ESA, a DPS is a portion of a species’ or subspecies’ population or range and is described geographically instead of biologically. The first petition proposes listing a Northern Rocky Mountain DPS consisting of Montana, Idaho, Wyoming, the eastern one-third of Washington and Oregon, and a small portion of north-central Utah. Both petitions also propose some alternative Western U.S. DPS to include all, or part, of the Northern Rocky Mountain DPS states with the addition of California, Colorado, Nevada, and in one petition, northern Arizona.

Delegation from Wyoming and Montana provided comments following the announcement.

U.S. Senator John Barrasso described the move as “more endless Washington antics” saying, “The state of Wyoming has long demonstrated it can effectively manage and protect the state’s wolf population. Both the U.S. Fish and Wildlife Service and the courts have determined the gray wolf has recovered enough to be delisted in the state.” He added, “Today’s actions are just more of the endless political antics from Washington bureaucrats and extreme environmentalists who have no interest in doing what’s right for Wyoming. Wyoming, not Washington, continues to be in the best position to manage the state’s wolf population.”

U.S. Senator Steve Daines also said the review comes amid pressure from environmental activists. “Gray wolf populations are thriving thanks to the strong state-led management of the species, and Montana has safeguards in place to ensure that continues to be the case. Activist environmental groups are diverting limited resources from protecting species that are actually endangered in an exercise that we know will be futile. If the Biden administration follows the science and data, I am confident this review will prove once again that the gray wolf is recovered and Montana is succeeding in its management of the species,” Daines said.

Substantial 90-day findings require only that the petitioner provide information that the proposed action may be warranted. The next steps for the Service include in-depth status reviews and analyses using the best available science and information to arrive at a 12-month finding on whether listing is warranted.  If so, listing a species is done through a separate rulemaking process, with public notice and comment.

The public can play an important role by submitting relevant information to inform the in-depth status review through www.regulations.gov, Docket Number: FWS-HQ-ES-2021-0106, beginning September 17, 2021, upon publication in the Federal Register and will include details on how to submit comments.

The 90-day finding and petition review form associated with this announcement are now available for review.