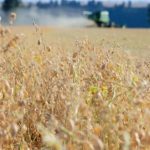 MOSCOW, IDAHO – Indian tariffs on United States pulse crop exports will have a long-term negative impact on the U.S. pulse industry, says Tim McGreevy, CEO of the USA Dry Pea & Lentil Council (USADPLC), particularly if the trade meeting scheduled between the U.S. and India is called-off due to irreconcilable trade concerns between the two nations.

Each year the U.S. government holds a trade forum with the Indian government, the U.S.-India Trade Policy Forum (TPF), to foster “discussion and resolution of trade and investment issues between the U.S. and India” This year’s forum is scheduled for Nov. 1st to be held in New Delhi and is considered to have the potential to alleviate these tariff issues. However, comments made recently by U.S. Trade Representative Robert Lighthizer cast doubt as to whether the forum will take place, citing disagreements on certain trade issues to resolve before holding the forum.

“The U.S. objective is to increase trade flows between our two countries and to decrease our bilateral trade deficit,” announced Ambassador Lighthizer in his independent statement. However, in regard to current trade disagreements between the two countries, He said, “There was agreement that it is critical to continue strong engagement over the coming months in order to achieve concrete outcomes before the next TPF.” In his announcement, Lighthizer expressed concern of a nearly $30 billion U.S. trade deficit with India, and urged the Indian delegation to “further liberalize the Indian economy to facilitate American exports.”

“The U.S. pulse industry will continue to suffer low prices until the trade disputes are resolved around the world,” said Tim McGreevy, CEO of the USA Dry Pea and Lentil Council. The impact these tariffs have had on the U.S. dry pea, lentil, and chickpea farmers and trade members have been significant. Dry pea prices have dropped 36%, lentil prices have fallen by 40%, and chickpea prices by 49% of their value since India and China have announced these retaliatory tariffs. India is traditionally the number one market for U.S. dry peas, lentils, and chickpeas, importing over 30 percent of our total exports, between 150,000 to 240,000 metric tons (MT) of U.S. dry pea exports over the past five years, and between 60,000-120,000 MT of U.S. lentils each year, roughly 23% of lentil exports. Compounding the issue, India reacted to U.S. tariffs on steel and aluminum by imposing an additional 10% on U.S. pulse crops that will go into effect on November 2, 2018. The current tariffs on U.S. pulse crops are 66% for chickpeas, 55% for dry peas, and 33% for lentils.

“Pulse farmers haven’t seen prices this low since the early 2000s,” said McGreevy. “If prices remain at current levels during this marketing year it will trigger a dramatic decline in pulse acreage in 2019.”