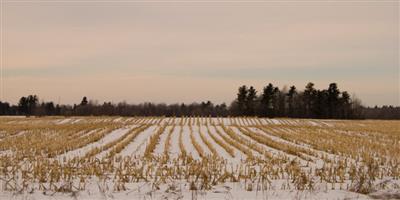 ARLINGTON, Va. (DTN) — USDA’s initial outlook for 2020 crops projects higher acreage for both corn and soybeans — taking up a significant amount of last year’s prevented planting acres — with soybean prices up slightly but corn prices expected to come down.

Johansson noted crop acreage in 2019 was 16 million acres lower than expected because of persistent, wet conditions. Despite the forecasts of another possible wet planting season in at least part of country, USDA expects significantly higher acres in 2020.

“An important question being asked is, ‘Where will all those acres go that were not planted in 2019?’ We would expect a good portion of those to go to corn and soybeans in 2020,” Johansson said.

With prospects boosted by trade, soybean prices are forecast to rise 5 cents a bushel to $8.80 a bushel.

“The soybean price will be supported by lower stocks compared to last year’s record level, but increased South American production and exports, as well as a strong dollar, will weigh on the market,” Johansson said.

In contrast, higher corn acreage and expected return to trend yields are causing USDA to project prices to fall 25 cents per bushel to $3.60.

Wheat prices are projected up 35 cents per bushel to $4.90. Acreage for wheat is projected to remain flat at 45 million acres, roughly the same as 2019.

Surprisingly, Johansson’s outlook for exports did not show a significant rise due to the phase-one trade deal with China. USDA projects $139 billion in exports in fiscal year 2020, up $4 billion from 2019 numbers. Johansson cited that “nearly all of that increase is due to higher projected exports to China.”

Still, USDA did not offer an outlook of exports that factored in the phase-one deal commitments of $40 billion in agricultural sales to China. Johansson did note the U.S. has reached trade deals with China, Japan, Mexico and Canada. Those four countries combine for 51% of all agricultural exports, leading to a more bullish export forecast.

“2020 is a big year for trade, of course … and that is going to help sales and prices,” Johansson said.

Still, the world growth forecast is slowing down, he said. The coronavirus is a top macroeconomic concern. Chinese consumer spending is expected to be lower, especially in the first quarter. That could prompt some scaling back by Chinese consumers buying more expensive protein items such as pork, Johansson said.

Johansson pointed to greater global agricultural competition and projections that Brazil will produce a record soybean crop of 4.6 billion bushels as well as a 4-billion-bushel corn crop, largely from the country’s second, “safrinha” crop.

“These increased second-crop acres and improved northern port infrastructure in Brazil have increased the competition U.S. corn faces in global markets right at the time of the harvest in the U.S.,” Johansson said.

Overall, Johansson said, fundamentals for many farmers look better than they did in 2019. Net farm income in 2020 is expected to rise slightly from $93.6 billion in 2019 to $96.7 billion. The difference will be an increase in changes in crop inventory, USDA stated.