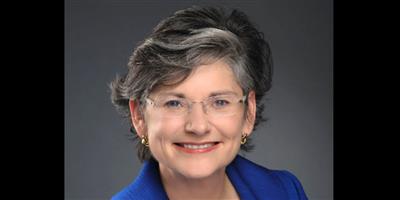 BOZEMAN — President Barack Obama has announced his intent to reappoint Montana State University President Waded Cruzado to the Board for International Food and Agricultural Development.

Cruzado is among 11 individuals the White House appointed to various posts.

“I am pleased to announce that these experienced and committed individuals have decided to serve our country. I know they will serve the American people well,” Obama said in a Jan. 6 White House press release.

The Board for International Food and Agricultural Development, BIFAD, is a seven-member advisory council that advises USAID on agriculture and higher education issues pertinent to food insecurity in developing countries. The president appoints members, who primarily represent the academic community. BIFAD was established by Title XII of the Foreign Assistance Act. The Board and Title XII recognize the critical role of U.S. land-grant institutions in agricultural development, domestically and abroad, and support their representation in USAID development programs.

“I am pleased to continue to serve on the Board for International Food and Agricultural Development,” Cruzado said. “As a representative of a land-grant university, it is my honor to work to help USAID achieve its goals for agricultural development, with an ultimate goal of eradicating hunger from the world.”

Cruzado has served as the 12th MSU president since January 2010. An articulate and inspirational speaker on the role of the public university, Cruzado has become well-known for her understanding of the Morrill Act, which created the land-grant university system more than 150 years ago. She is a passionate champion of the land-grant's tripartite mission of education, research and public outreach, and the important role higher education plays in the development of individuals and the prosperity of the nation.

Caption: President Barack Obama has announced his intent to reappoint MSU President Waded Cruzado to the Board for International Food and Agricultural Development. MSU photo by Kelly Gorham.