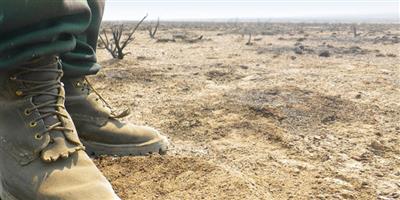 Some students in Ashland are spending their spring break tearing out burned-up fences as their family and friends deal with the aftermath of the state’s largest wildfire.

It’s not known yet just how many miles of fence line will need to be replaced, but on the Gardiner Ranch, it could be at least 300.

A government program that helps cover such dire losses, however, only covers up to $200,000 in fencing or about 20 miles.

“It costs about $10,000 a mile,” said Amanda Gardiner, whose husband, Garth, operates the ranch with his brothers. Their children, , a freshman, Gage, an eighth-grader, and Grace, a sixth-grader, along with their friends, are removing the charred fences this week.

Rebuilding fences just part of what the ranchers affected by the Starbuck wildfire are dealing with. Some lost everything in the fire, which spread through southern Kansas counties on March 6. That includes cattle and homes whose residents are trying to figure out how to rebuild.

Estimates on cattle losses range from 3,000 to 9,000 head of adult cows. While the grass was scorched to the sandy earth, some ranchers lost their entire hay supply, as well.

Most didn’t have insurance on their cattle or fences, said Aaron Sawyers, the Comanche County Extension agent.

“Some guys have loans on cattle that are no longer alive,” Sawyers said. “The banks are going to be in a tight spot, and not just with two or three people – we’re talking the whole county.”

Moreover, a government program – the Livestock Indemnity Program – only pays up to $125,000 for cattle losses.

Ranchers understand they most likely wouldn’t get full coverage on their losses, he said. But if they could get a percentage of the salvage value, it would be better.

For instance, the smaller rancher might get all his cows covered under the LIP program. It won’t come near to covering the losses of those losing several hundred .

MSU Developed Wheat Varieties Most Planted in Montana in 2016