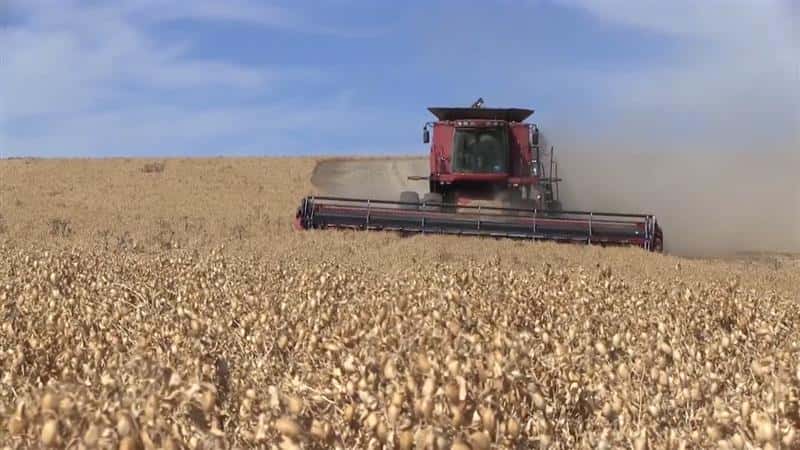 U.S. Senator Steve Daines will be in India this week to meet with top trade officials, including India’s Minister of Commerce and Industry, as part of his efforts to improve access to this critical market for Montana pulse crop farmers.

“Agriculture is Montana’s number one economic driver and part of our way of life. Leveling the playing field and opening markets for Montana farmers is a top priority of mine, especially with India. With Montana being the number one producer of pulse crops in the nation, and India being the largest consumer of pulse crops in the world, it’s a critical market to open for Montana ag. I look forward to ensuring the voice of Montana farmers is front and center of future trade talks,” Daines said.

Daines’ visit comes in advance of the U.S.-India Trade Policy Forum later this month, providing an opportunity for Daines to elevate Montana’s trade priorities with the Indian officials participating in this forum.

Daines is meeting with India’s Minister of Commerce and Industry Piyush Goyal, the top trade official for the Indian government. Daines is bringing a taste of Montana to this meeting and sharing Lentil Crunchers from Farver Farms in Scobey, Mont.

Additionally, Daines will visit the Naya Bazar in Old Delhi to meet with Indian importers of pulse products, including lentils, peas, and chickpeas.

The Senator is also hand delivering letters from the Montana Farm Bureau Federation, the Montana Grain Growers Association, and the USA Dry Pea & Lentil Council to Goyal, urging the removal of tariffs and barriers to trade on Montana pulse crops.

In the letter from Montana Farm Bureau President Hans McPherson he wrote that Montana farmers are poised to supply consumers in India with a reliable, affordable, and high-quality supply of nutritious commodities and food products. Adding that, “Montana farmers adhere to the safest and most sustainable farming practices in the production of crops that we raise for our families, families throughout the United States, and for the rest of the world.”

Montana Grain Growers Executive Vice President Alison Vergeront wrote, “With India being the largest producer and importer of the world, we are hopeful that our products will be treated equally to other imports. Most of our members grow both grain and pulses. The Montana Grain Growers Association is supportive of increased market access, maintaining safety standards and believes that Montana will meet the highest quality of standards.”

Vergeront also highlighted the growing craft beef culture in India and discussed the opportunity for mutually beneficial trade between the U.S. and India for Montana malting barley.

USA Dry Pea and Lentil Council CEO Tim McGreevy urged Minister Goyal to reduce tarrifs on U.S. pulse crops. “The U.S. pulse crop industry noted the actions by the Government of India this year to reduce import tariffs on U.S. lentils from 55% to 33%,” wrote McGreevy. “However, there remains a differential between the tariffs imposed on U.S. lentils compared to lentils from other origins.” McGreey asked the India strongly consider equalizing access for U.S. lentils to their market.

In addition to supporting Montana farmers and working to expand agricultural trade with India, Daines will meet with Indian tech leaders to discuss how the U.S. and Indian tech and innovation sectors can work together to counter the influence of China. Daines will also be meeting with U.S. businesses who operate in India to discuss the need to support and grow U.S. jobs and protect U.S. intellectual property.

Cattle Markets Ready to Move On