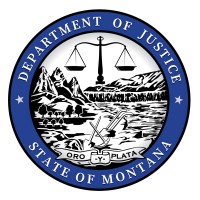 LINCOLN, Neb. (DTN) — A Montana man has been sentenced to 30 months in prison and ordered to pay hundreds of thousands of dollars in restitution after pleading guilty to a cattle-rustling scheme, according to court documents filed in a federal court in Montana.

Joshua James Chappa, 45, pleaded guilty on Jan. 21, 2021, to conversion of secured property and to wire fraud, following a Feb. 26, 2020, indictment alleging he stole cattle and embryos and defrauded a bank and a business partner. In addition, he was ordered to pay nearly $451,000 in restitution and ordered to serve three years of supervised release following his prison sentence.

According to the indictment, Chappa was a ranch manager and worked for Hayes Ranch LLC in Wilsall, Montana, from 2008 to 2017. Chappa formed his own company called Cold Smoke Cattle LLC in 2015.

While working for Hayes Ranch, Chappa began dealing in cattle, including stealing cattle from the Hayes Ranch and selling them as if they were his own, all while the ranch’s owners were out of the country.

“The defendant Joshua James Chappa, however, instructed the manager to make the check to ‘Josh Chappa’ personally, and not Hayes Ranch LLC, and then deposited the money into his own account and failed to remit the payment to Hayes Ranch LLC.”

The government alleged that in 2015, Chappa signed two security agreements with Northwest Farm Credit Services PCA, a member of the Farm Credit System.

Chappa pledged his cattle as collateral for loans, and between 2015 and 2017, Chappa sold cattle that Northwest had a security interest in without remitting the proceeds. According to the U.S. Attorney’s Office for the District of Montana, Chappa defaulted on the loan and Northwest suffered a loss.

During a cattle sale at Billings Livestock Commission in January 2017, Chappa requested payment of $41,262 be made to his company, Cold Smoke Cattle, saying that Willers Mitten Brand had “already signed the brand release for that to happen.”

When questioned by Willers Mitten Brand about the payment, the U.S. attorney’s office said, Chappa received the full amount and failed to split the proceeds.

Between 2015 and 2017, Chappa allegedly stole cattle and embryos and sold cattle in which Northwest Farm Credit Services had a security interest, resulting in a total loss of nearly $482,000.

The indictment said Chappa applied for a loan with Northwest in December 2015, receiving $205,750. In obtaining the loan, the indictment said, he “made false statements and willfully overvalued property and security to Northwest Farm Credit Services and its employees.”

Among the false statements made were that Chappa claimed to have never had previous debt forgiven when he had.

In addition, Chappa “willfully overinflated the number of cattle he owned” as collateral for the loan.

“The defendant Joshua James Chappa falsely claimed he could run cattle with minimal expenses on property owned and leased by Hayes Ranch LLC when in truth and in fact” he was not authorized to do so by Hayes, according to the indictment.