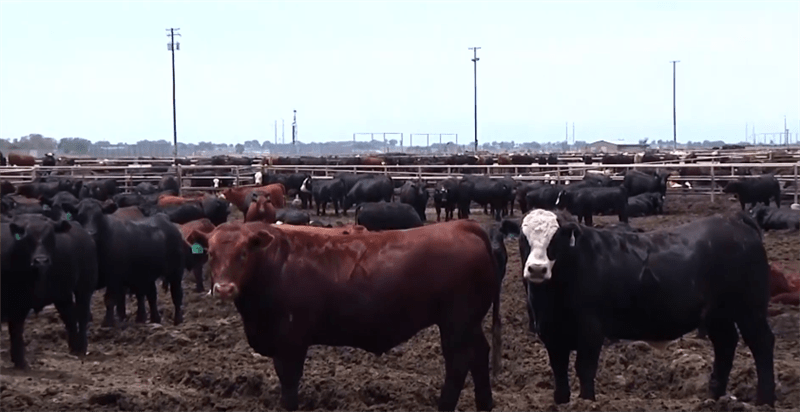 The litigation began in April of 2019 when R-CALF USA filed suit against Tyson Foods, JBS USA, Cargill and National Beef. R-CALF’s suit alleged the companies conspired to depress the price of fed cattle, beginning in 2015, to increase their own profits. By the end of 2015, the price of fed cattle had fallen from $1.70/lb down to $120.

Shortly thereafter, the same four companies were accused of a similar price fixing scheme in a consumer class action lawsuit. In that case, the plaintiffs claimed all consumers who bought any beef products from the companies should be entitled to reimbursement because the packers forced consumers to pay artificially inflated prices for beef.

A third case was filed by a live cattle futures trader who claimed he “suffered damages from a manipulated live cattle futures and options market.” As the three cases were all very similar, they were consolidated with the R-CALF action designated as the lead case file.

“Because plaintiffs have not pleaded their direct evidence with sufficient detail and because they have not pleaded parallel conduct sufficient to support an inference of a price-fixing conspiracy, the court will grant defendants’ motions to dismiss,” Judge John R. Tunheim said in the order.

The plaintiffs offered the testimony of two confidential witnesses, including a quality-assurance officer at one of the company’s slaughter plants in the Texas Panhandle and western Kansas. The second witness was a feedlot manager.

The first witness claimed they had a discussion with a fabrication manager at a slaughter plant, alleging the companies had an agreement to reduce their cattle purchases and slaughter volumes in response to what the companies believed were high cattle prices.

The second witness described a so-called “queuing convention” in which the price for cash sales are set not by competitive bidding but instead by a “complicated system requiring producers to either agree to a bid or reject it but then requiring the producer to accept only a bid greater than the original price,” the judge’s order said.

“If no buyer offers a higher price, the producer must return to the first bidder and offer a right-of-first refusal because that packer remains ‘on the cattle.’ Witness 2 described the negative consequences of a failure to adhere to this convention; producers could be blackballed or boycotted for breaking with it.”

Tunheim said in his order the confidential witnesses and their claims were not sufficiently detailed.

“Because of the lack of detail regarding the firms by which the confidential witnesses were employed, plaintiffs do not adequately explain their jobs and how their interactions in those jobs would lead to them acquiring the knowledge they allegedly possess,” the order said.

“In all, the lack of detail about the confidential witnesses, combined with the mismatched nature of what they allege, lead the court to conclude their claims are not sufficiently detailed to survive defendants’ motion to dismiss.”

Collectively, the companies process more than 80% of fed cattle in the United States.

Fed-cattle prices increased steadily between 2009 and 2014, as a result of demand and a shortage in fed cattle following the droughts of 2011 through 2013.

Then, after prices peaked in November 2014, the cattle industry expected fed-cattle prices to stabilize in 2015 and continue around that level for a number of years. That however, did not occur.

R-CALF has said their attorneys will submit an amended complaint within the 90 day time frame allowed by the judge.