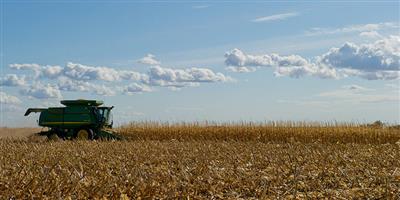 EDNA, Texas (AP) – A South Texas grand jury has indicted six men accused of stealing $15 million from farmers by brokering the sale of crops then pocketing the cash.

The Victoria Advocate (http://bit.ly/1LOqzmt ) reports a Jackson County grand jury on Sept. 30 indicted the men on charges of engaging in organized criminal activity-theft.

Investigators say the suspects were based in Beeville. The indictment lists nearly 80 affected farmers and businesses.

Louderback says the suspects arranged for farmers to sell their crops. The sheriff says the farmers delivered the crops, but then never got paid. The investigation goes back to 2013 but mainly involves last year's harvest.

The sheriff says two suspects remained in custody Wednesday. The other four were free on bond.

Information from: The Victoria Advocate, http://www.victoriaadvocate.com