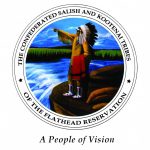 Last week several Montana farmers traveled back to Washington, D.C., to urge the Congressional Delegation to move ahead with ratifying the CSKT Water Compact, that the Montana Legislature approved four years ago.

Time is running out to approve the ratification of Compact, and the associated settlement legislation, because Congress only has until January 10th when the stay that was implemented by the Water Court will come to an end.

Irrigators like Jim Hagenbarth of Dillon, and Walt Sales of Manhattan say that they made the made the trip to talk to Congress this week, because they are worried that if Congress fails to act, and Montana loses the CSKT Compact, they could be forced into decades of litigation, in a court case that they likely won’t win.

Plus, without the Compact, the courts have ruled that tribes will be able to enforce their claims with “time immemorial” priority date.

Without the CSKT Compact, they say 73% of Montana irrigated acres could have their state-based water rights subject to in-stream claims by the Confederated Salish Kootenai Tribe.  In short, the impact to Montana Agriculture would be catastrophic.

Supporters are urging farmers and irrigators to send individual letters to Senators Tester and Daines and Congressman Gianforte, urging them to co-sponsor federal legislation to ratify the CSKT Water Compact and the associated settlement legislation: