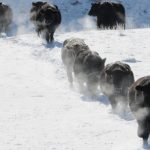 We’ve reached a pivotal moment for Montana farmers and ranchers, as three critical trade deals are finalized and implemented. The benefits here are enormous, and I strongly believe Montana’s agricultural industry can look forward to renewed success and optimism this year.

As a fourth-generation Montana rancher from Miles City, and the President of the Montana Stockgrowers Association, the steps we took over the last year will deliver big wins for Montana agriculture. First, the United States signed a historic trade deal with Japan – one that will open the door for more Montana ag products in Japan. If there’s one thing that’s clear, it’s that the Japanese are crazy about our agricultural products – especially our Montana beef. This new trade deal will allow us to meet their needs – meaning a boost to Montana ranchers.

This deal ensures that over time, Japanese tariffs on beef and pork products will drop from nearly 40%, to 9% and without this trade deal wheat sales in Montana would be expected to plummet $150 million annually for our wheat farmers.

It was an honor to be with Senator Daines as President Trump signed this agreement. Both these men worked tirelessly to put Montana agriculture first and to ensure that we leveled the playing field to compete on fair terms, reduced tariffs, and are able to now get more of our great Montana beef, wheat, and other products to this market.

Next, Congress has finally acted on the United States-Mexico-Canada (USMCA) trade agreement. As our second and third largest trading partners, Mexico and Canada are vital partners and this deal will be a huge boost to our agricultural economy. This deal is estimated to add a nearly $70 billion boost to the nation’s GDP, as well as create nearly 180,000 new jobs. USMCA will be great for the Beef industry.

Finally, there’s even more good news to share, if you can believe it. President Trump just signed the first phase of a historic trade deal with China. This is an enormous accomplishment after intense negotiations. The progress made in this deal gives our farmers and ranchers the certainty they desperately need and access to yet another market to sell the best of what Montana has to offer. The wait was worth it. This will also be great for Montana Beef.

There’s little doubt it’s been a difficult time for our Ag producers especially over these last few years, and it was not easy to get to this point but we are grateful to President Trump for keeping his word and delivering on better, fair trade deals. I’m also incredibly thankful for Senator Daines for his leadership, for fighting for our farmers and ranchers every step of the way, and for his own negotiations in securing these monumental deals. I hope you will join me in applauding all the work that President Trump and Senator Daines have done for Montana agriculture as their hard work has delivered huge wins for Montana ranchers and farmers. 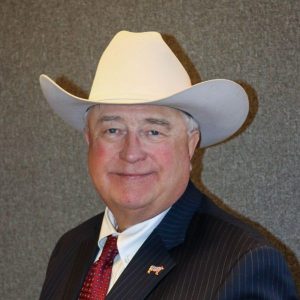 Fred Wacker is a rancher from Miles City and President of the Montana Stockgrowers Association.