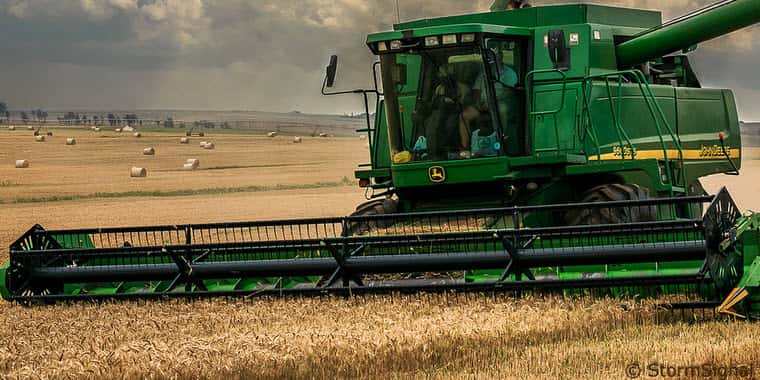 Just over a year ago, on Jan. 15, 2020, the U.S.-China “Phase One” agreement was signed, leading to the eventual waiver of China’s retaliatory tariffs against U.S. agricultural products. Those actions opened the door again to the largest wheat consumer in the world after nearly two years in which U.S. wheat producers were all but shut out.

While the final results of the Phase One agreement will not be written for several months, early returns show the agreement paid off in a big way for U.S. wheat producers and their Chinese customers.

The Phase One agreement contained both specific purchase targets for agricultural commodities, and structural changes to China’s import systems. To date, much of the celebration and criticism has centered on the purchase targets — with very little attention paid to the structural changes that in some instance resolved disputes decades in the making.

One dispute of relevance to wheat had been at the center of a WTO case dating back to 2015 on China’s administration of their grain tariff rate quotas (TRQ). In a case the U.S. won in mid-2019, the WTO panel found that China had not administered the quota in such a way as to be “transparent, fair or predictable.”

With the WTO case entering compliance at roughly the same time as Phase One agreement was being negotiated, U.S. negotiators included additional language in the agreement to build on the WTO case win and ensure eventual Chinese compliance. That language included stipulations making clear that Chinese “State Trading Enterprises” are subject to the same rules as private companies and specific transparency requirements to make it possible to evaluate Chinese compliance with the allocation and reallocation provisions that are so important to the proper functioning of their TRQ.

With those new rules in place, China is projected to import 9 million metric tons (MMT) of wheat this marketing year — a 25-year high, and almost double their previously highest TRQ purchases. China turned to U.S. wheat producers for a significant portion of that higher import volume.

Since the signing of the Phase One agreement, U.S. wheat sales to China have totaled more than 2.8 MMT — nearly 90% above USW’s long-term pre-trade war average. Those imports have come from four different classes of U.S. wheat and helped meet the demand for U.S. wheat from China’s private flour millers. This import volume is likely to make China the fourth largest export market for U.S. producers in marketing year 2020/21, which ends May 31.

There are likely to be substantial trade negotiations between China and the United States in the coming months — something wheat producers should welcome. The Phase One agreement was never supposed to be an “end-all agreement” — in fact, when it was announced, plans were already in place to start on “Phase Two,” which were eventually scrapped after COVID-19 turned the world on its head.

With a new U.S. administration taking office this week, many in agriculture are watching closely to see which way the political winds will blow those discussions with China. While there may be a desire by some for a “fresh start” in the China relationship, the Biden administration would do well for U.S. agriculture to pick up where Phase One left off and continue to build on the tremendous export potential for China. President-elect Biden’s early statements and plans to keep tariffs in place on Chinese goods until they can be reviewed are an important first step in the right direction.